​In the 1500s and 1600s, Bisley was a much busier place - at the height of the medieval wool trade, which then accounted for half of England's wealth, it was an important link in the chain between Gloucester and the sea to the west, and Cirencester, and on south to London.
Merchants and drovers passed through daily, and there were nine thriving pubs and inns in the village to quench their thirst.
By 1870, with wool supplanted by more practical cloths, John Marius Wilson's Imperial Gazetteer of England and Wales was describing Bisley as ‘a decayed small town', and most  of the pubs were closing.
Today we are left with only two - The Stirrup Cup and The Bear Inn.
The Stirrup Cup was originally known as The New Inn, and has changed outwardly very little since the 1800s, as the photograph above shows.
The Bear Inn is a sixteenth-century building which was originally the village court house and assembly room. It was originally recorded as a pub in 1631 and has been in service ever since. It has a priest hole above the fireplace, and is reputedly haunted.

The Stirrup Cup is a friendly local pub serving real ales (at time of writing,  Wye Valley Brewery HPA, and Butcombe Original), lagers, ciders, wines and spirits, as well as a range of good, home-cooked food.
​Original paintings by local artists are exhibited in and sold from the pub, too.
CARPARK
OPEN FIRE
BEER GARDEN
​DOGS ARE WELCOME. 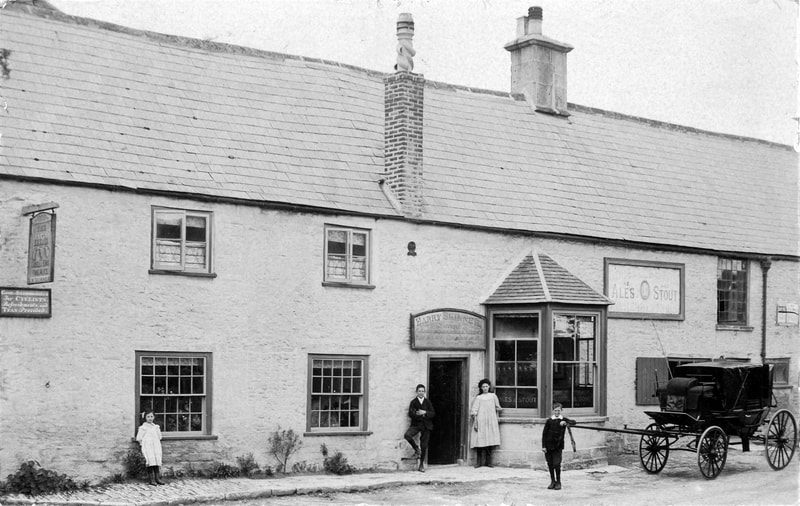 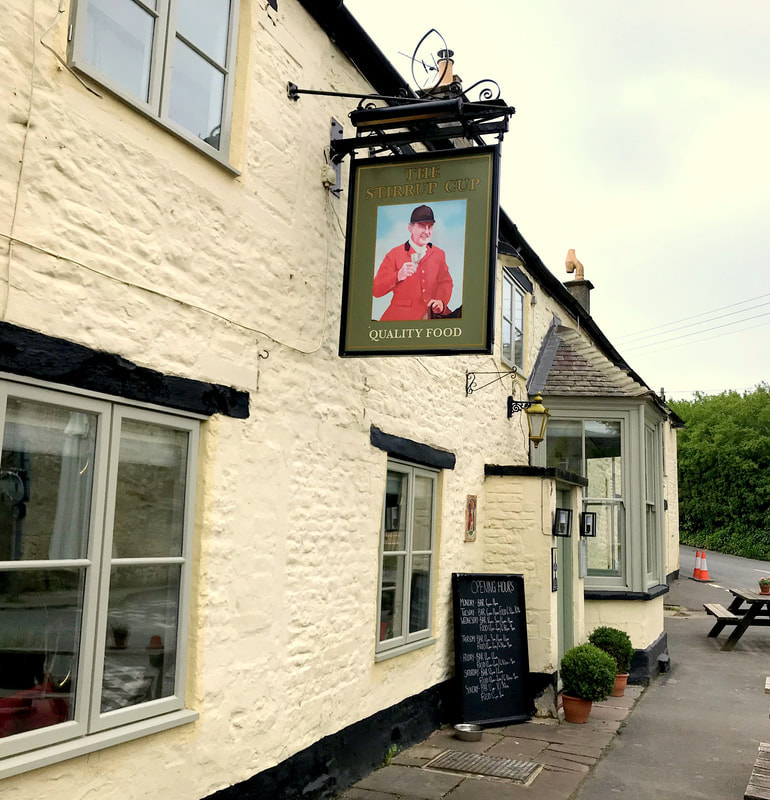 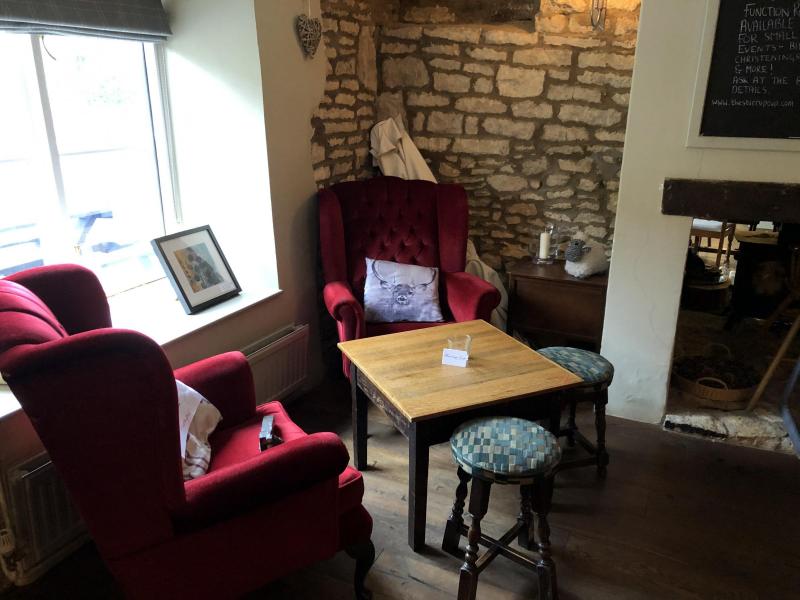 NEWS FROM THE BEAR
​
Every Tuesday they offer 15% off the food bill (set menu, takeaway and sandwiches not included)

Ambra and Giovanni took over at The Bear in the summer of 2021 and have made a great start after the terrible years under the previous landlord.
They have focused on retaining and enhancing The Bear's traditional ‘country pub' atmosphere, with a range of good food (including breakfast and afternoon tea) and wines on offer, as well as a rotating range of real ales., including London Pride, Dartmoor Brewery Jail Ale, Otter, Timothy Taylor Landlord, and  local beers from Uley Brewery.
Giovanni was head chef at The Vines in Blackbourton, Oxfordshire, for seven years, and became well-known for his blend of Italian and traditional English dishes cooked with fresh local ingredients; he is certainly carrying on that reputation here.
Two letting rooms available.
CARPARK
OPEN FIRE
BEER GARDEN
​DOGS ARE WELCOME. 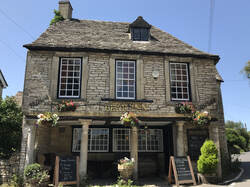 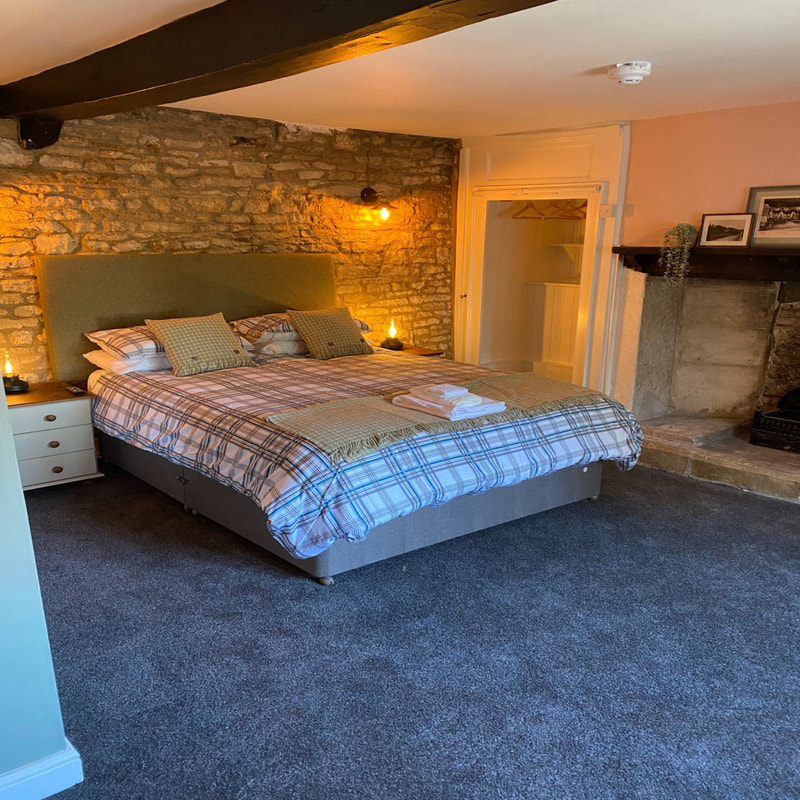 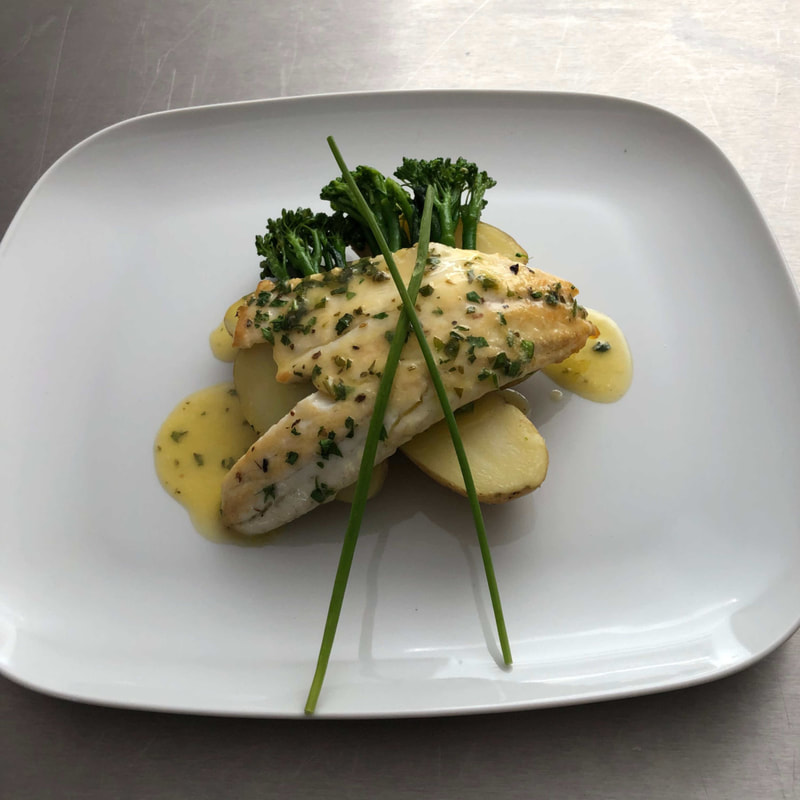