Bisley Village Website
BISLEY FLOWER SHOW AND FETE
Bisley's annual Flower Show - the archetypal old English  summer event, and among the largest of its type in the Cotswolds - was first held in 1863, and the tradition continues to this day.

The event takes place alongside the village summer fête, from 2-4pm  on the Saturday of the August Bank Holiday - the 2022 event will be on Saturday August 27 - and around two thousand people come from miles around to enjoy the day.

Between the two events, there's a dog show, live (brass band) music, a beer tent, a Pimms bar, hot food, a second-hand book stall, and lots of other entertaining things going on.

There are more than five hundred exhibits, including flower arrangements, vegetables, baking, jams and chutneys, and items in fun categories aimed at children.  Much of the produce is auctioned off at the end of the festival.

On the following evening (Sunday) the marquee is taken over for the grand annual Inter-village Quiz, where teams of Bisley brainboxes take on the dimwits and dullards of lower-ranked villages such as Oakridge, Eastcombe and the like, in a battle of who knows what the capital of Peru is, and in which year  the decisive action of the American Civil War, the Battle of Gettysburg, was fought (1863, as it happens - that's how long Bisley Flower Festival has been going).

Oddly, Bisley teams rarely win the Quiz - there are suspicions that the whole thing is fixed.

Much more detail can usually be found on the Flower Show website, but this is currently being rebuilt. 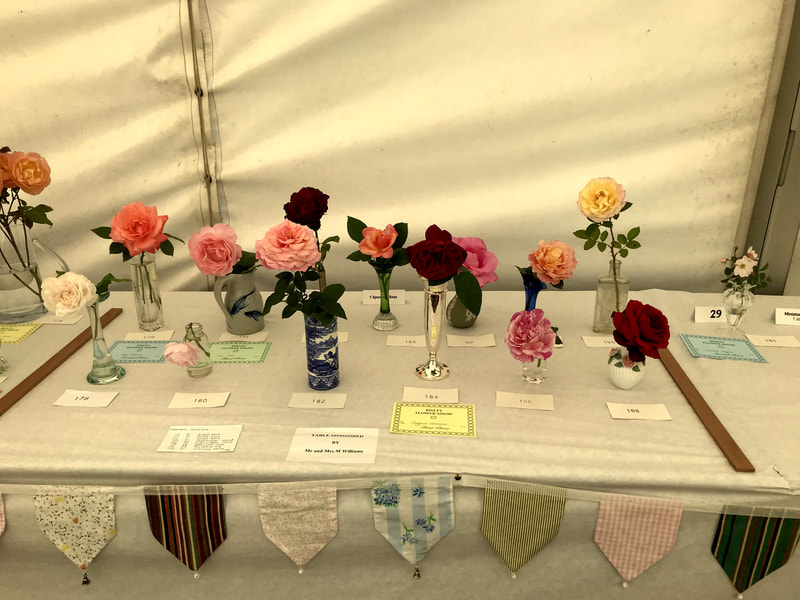 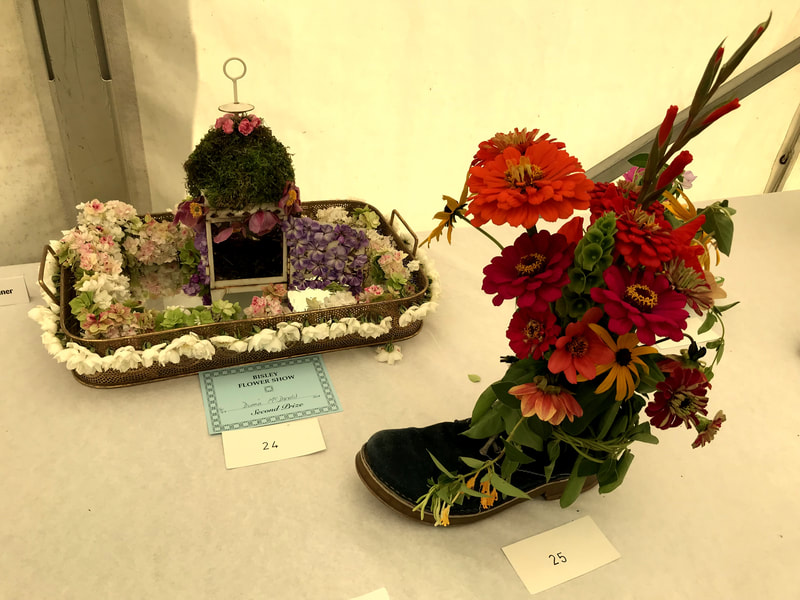 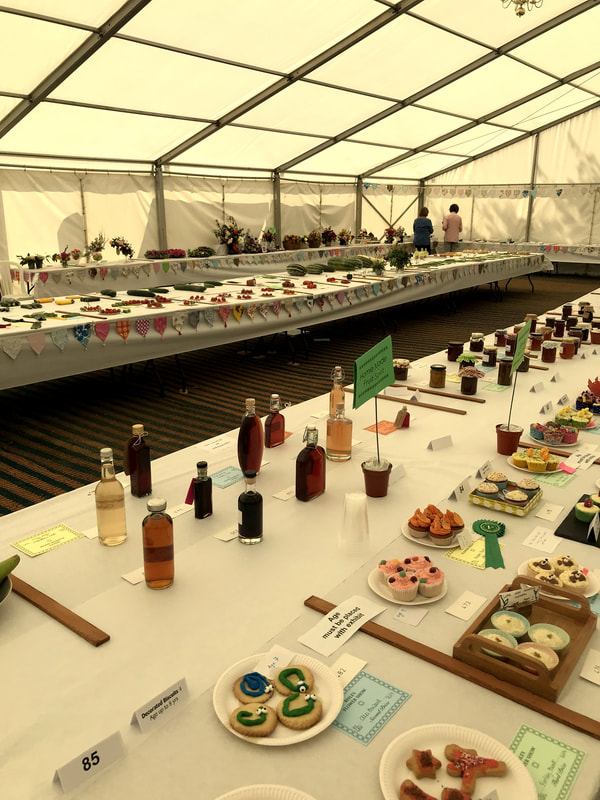 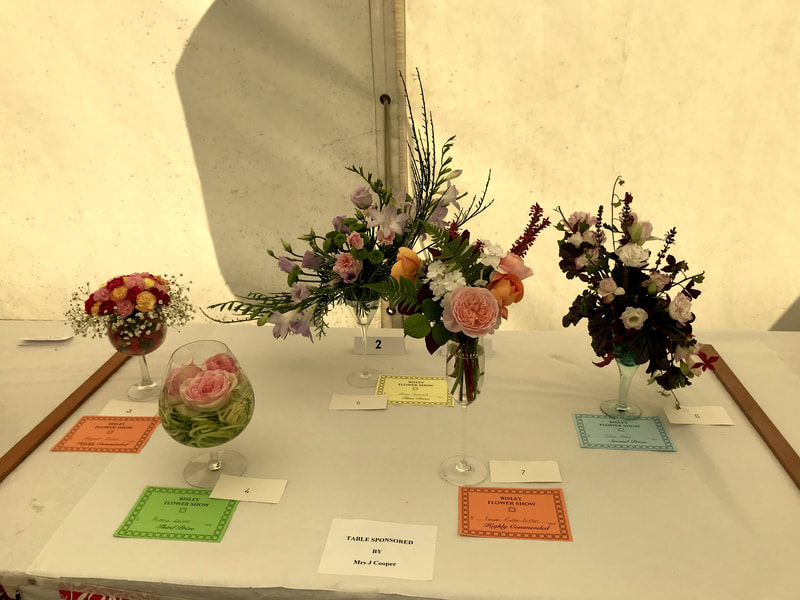 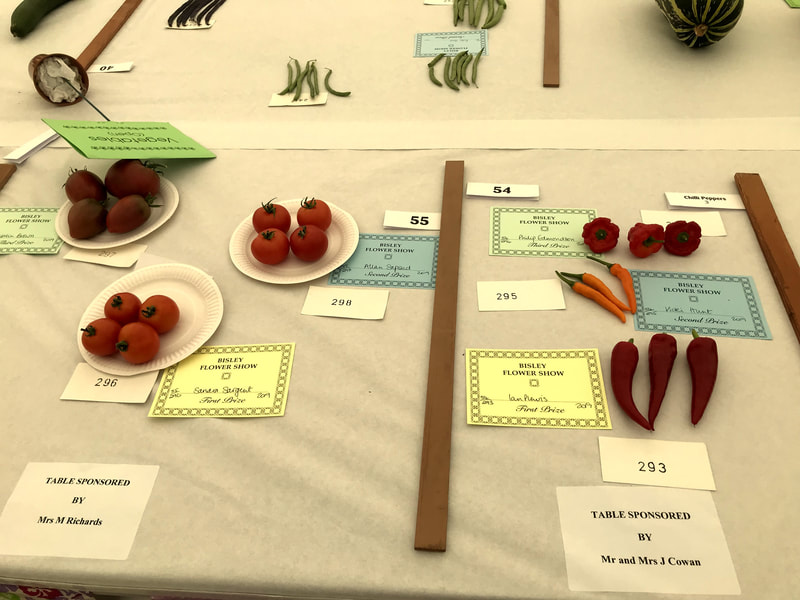 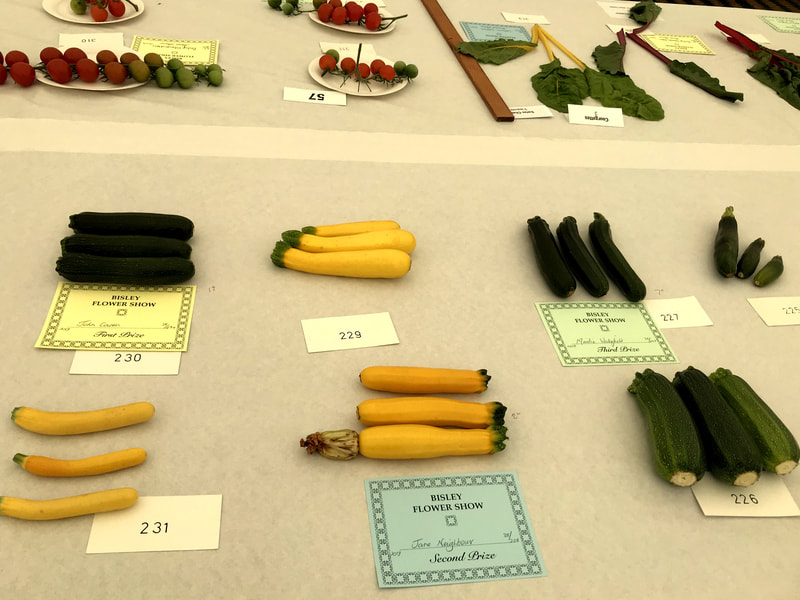 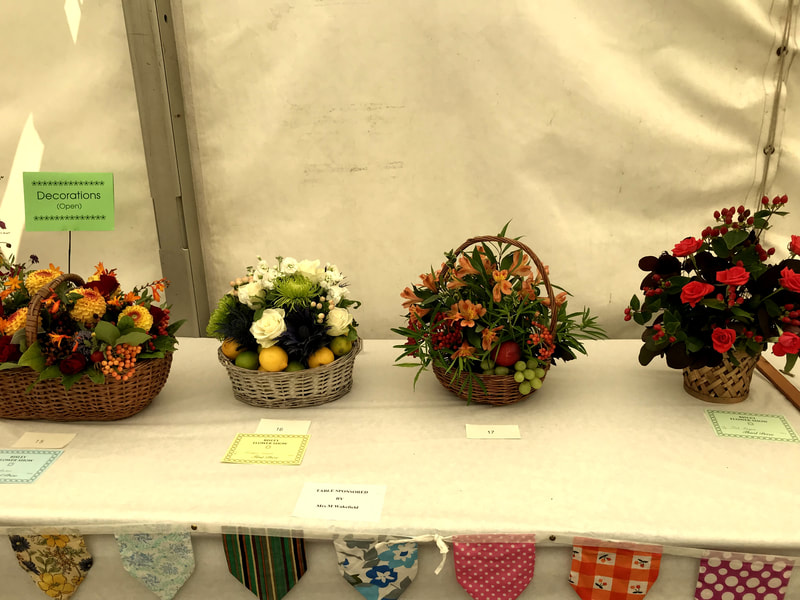 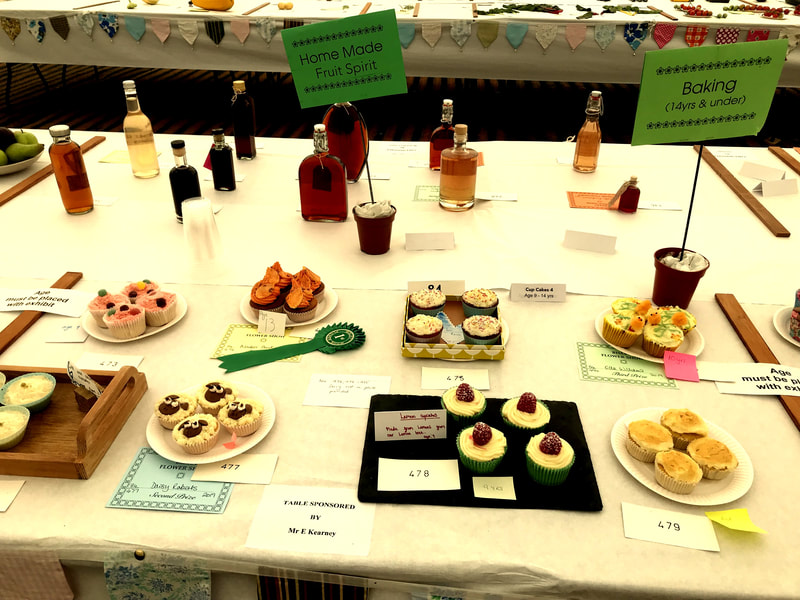 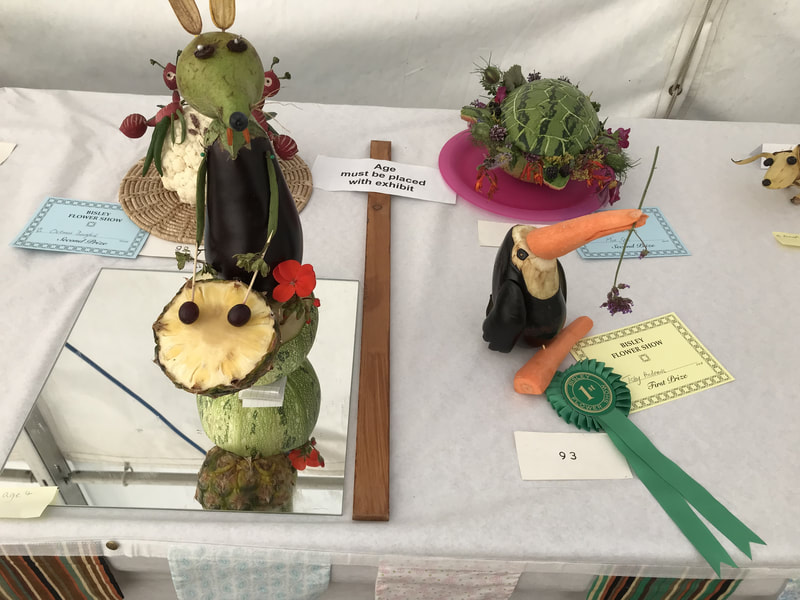 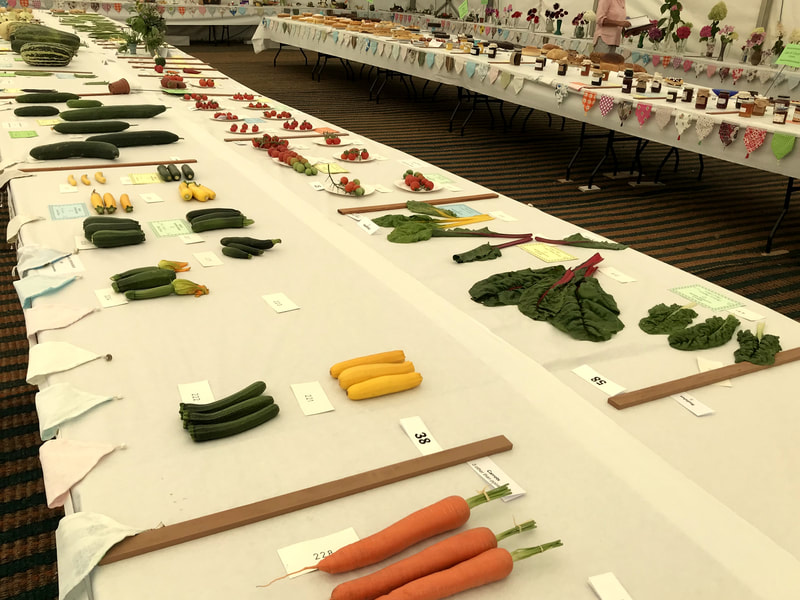 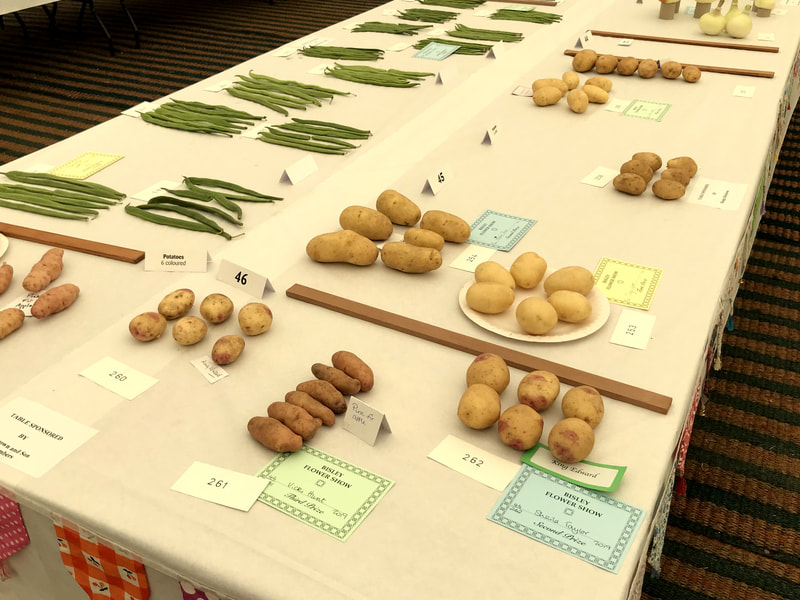 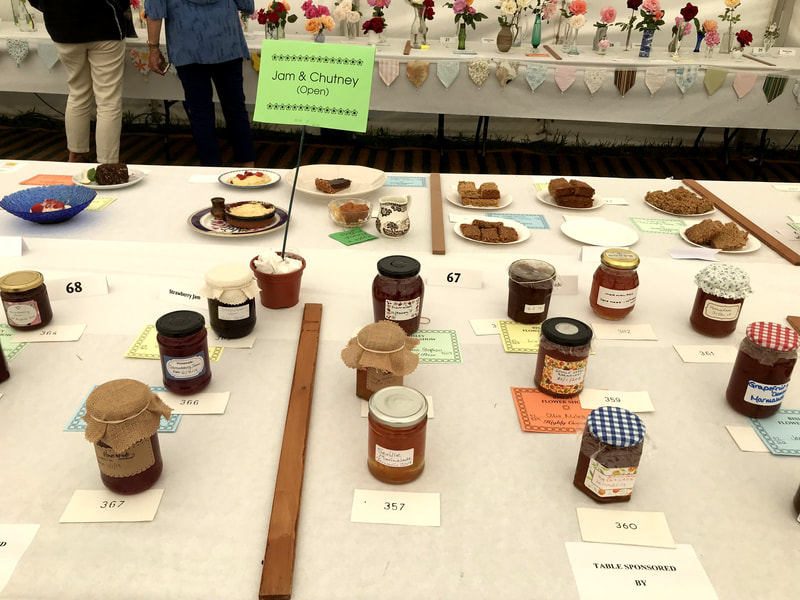 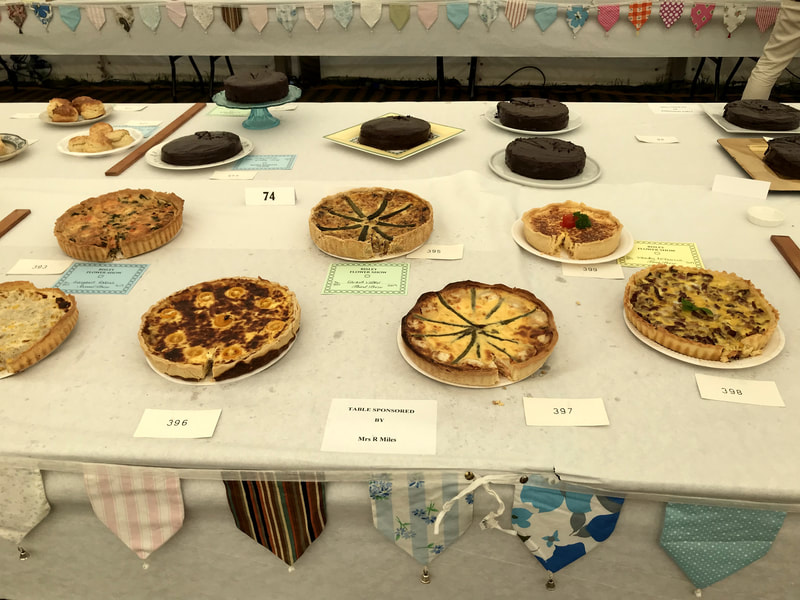 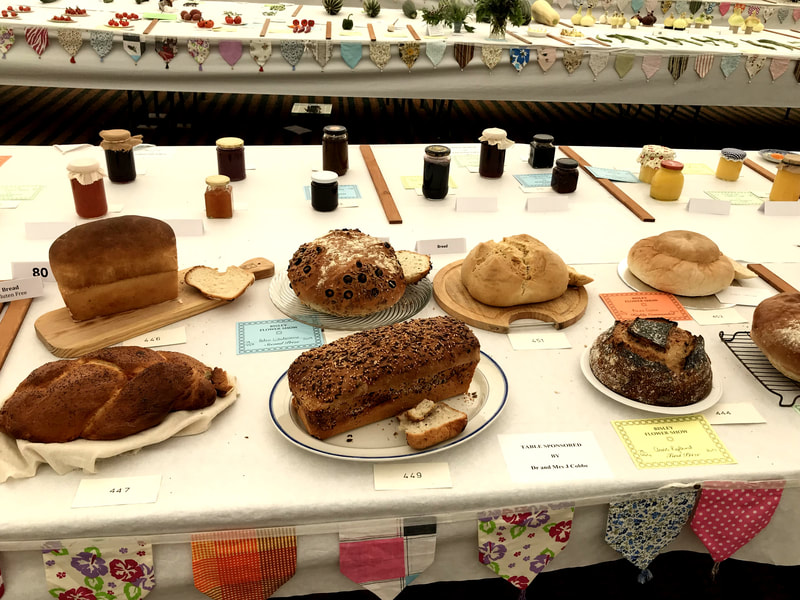 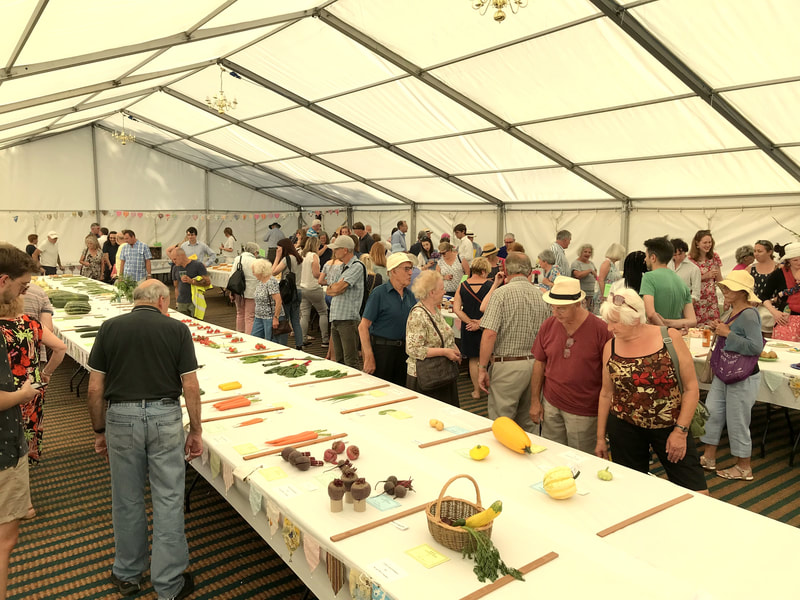 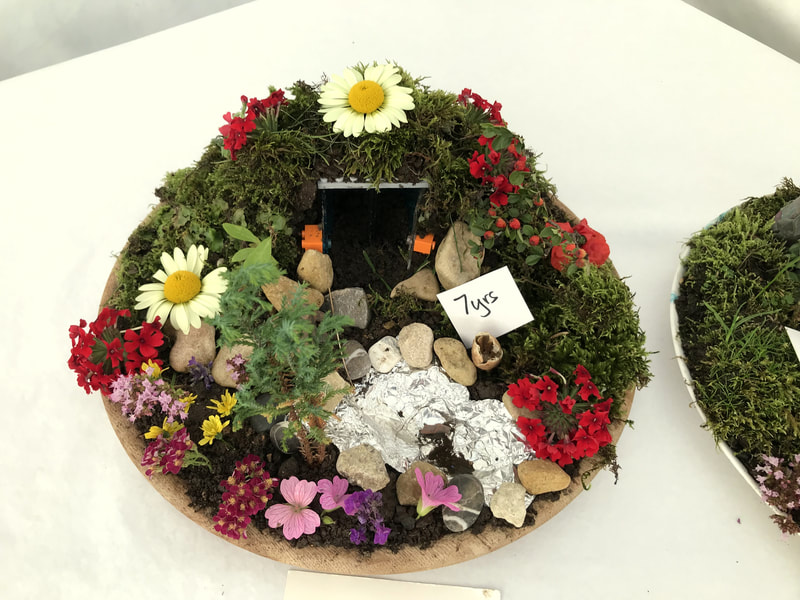